Few things are more frightening than finding yourself in legal trouble, especially if the crime of which you’re accused carries a potentially serious sentence. However, while this experience can certainly be stressful, it’s important that you stay grounded and mount a solid defense in advance of your case going to court. So, if you’ve recently been accused of a crime and wish to maximize your chances of exoneration, make sure to take the following steps.

There’s little wonder as to why so many wrongfully accused people try to tell their stories to police. Since they view their respective accusations as simple misunderstandings, it’s only natural that they’d want to set the record straight as quickly as possible. Still, while this may seem like a sound idea at the time, speaking to police in the absence of legal counsel stands to create a number of problems for you.

That being the case, you’d do well to exercise your right to remain silent and seek appropriate legal counsel. When searching for the right lawyer, keep an eye out for people who specialize in the type of crime of which you’ve found yourself accused. For example, if you’ve been accused of assault, look for an experienced assault attorney.

Understand What You’ve Been Accused Of

After being formally accused of a crime, it’s in your best interest to form a better understanding of the charges. You may ultimately discover that the charges in question are more – or possibly even less – serious than you initially believed them to be. In all likelihood, your attorney will be more than happy to bring you up to speed on any charges you may face.

The more seriously you approach this matter, the better. Regarding it as a joke or hoping that the matter will simply work itself out won’t do your defense strategy any favors.

No matter how hurt, angry or distraught you are over your situation, it’s generally recommended that you abstain from contacting your accuser. While you may have every intention of setting the record straight, there’s a good chance you’re going to wind up making things even worse for yourself – especially if the party in question has obtained a restraining order against you. Needless to say, attempting to harass or retaliate against this person in any way is guaranteed to reflect poorly on you and possibly even land you in jail until your trial. With this in mind, take care to steer clear of your accuser at all costs.

Avoid Individuals Who Could Get You into Trouble

While awaiting trial, you’ll want to avoid getting into any kind of legal trouble. However, if you have any friends or family members who act as perpetual bad influences, this may prove to be a difficult prospect. So, in the interest of staying out of trouble, make a point of avoiding any such individuals – particularly if they played a role in creating your current situation.

Work with Your Attorney on Carrying Out a Pretrial Investigation

As the name suggests, a pretrial investigation refers to an investigation conducted by an attorney in advance of a trial. Since the goal of these investigations is gathering evidence that can benefit the accused, attorneys will often interview witnesses that the police haven’t spoken with, collect physical evidence and seek out information that casts doubts on the credibility of the accuser.

Provided the investigation proves fruitful, a defense attorney may attempt to persuade the District Attorney to downgrade the charges or to abstain from filing charges altogether. So, should your attorney decide to carry out a pretrial investigation, make sure to assist them in any way you can. 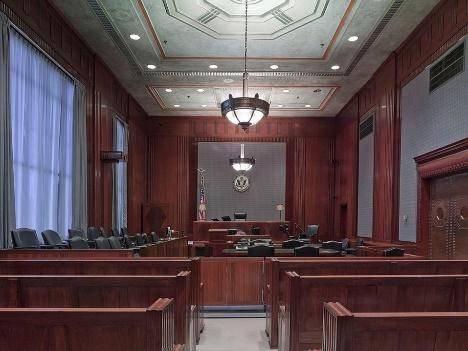 Being wrongfully accused of a crime is among the most stressful situations in which a person can find themselves. Furthermore, if you’ve never had a run-in with the law, this experience is liable to prove particularly frightening. However, as scary as being accused of a crime can be, it’s imperative that you keep your wits about you and come at the situation in a rational, levelheaded manner. Should you ever find yourself on the receiving end of a serious accusation, take care to remember the steps discussed above.